For a multitude of reasons – some of which are admittedly strange – elephants have been on my brain. So when I encountered this poem back in January, I paid extra attention.

This poem then led to an entire month of English Club focusing on poetry, which culminated in some pretty decent rhymes (for the level of my students) on paper hearts. 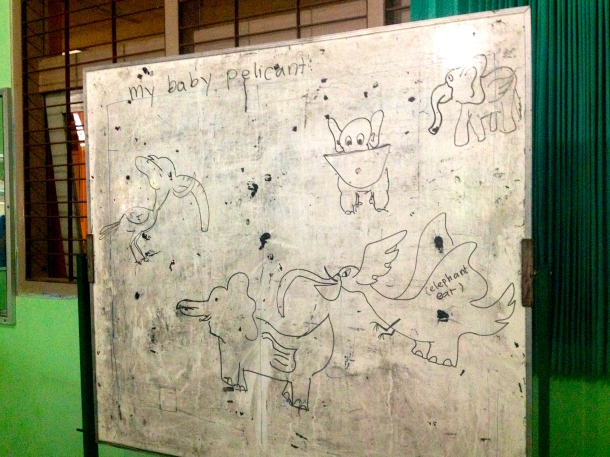 Upon reading the poem, I asked the English club boys to draw their idea of a pelicant. I was pleased that all of them came up with different ideas! 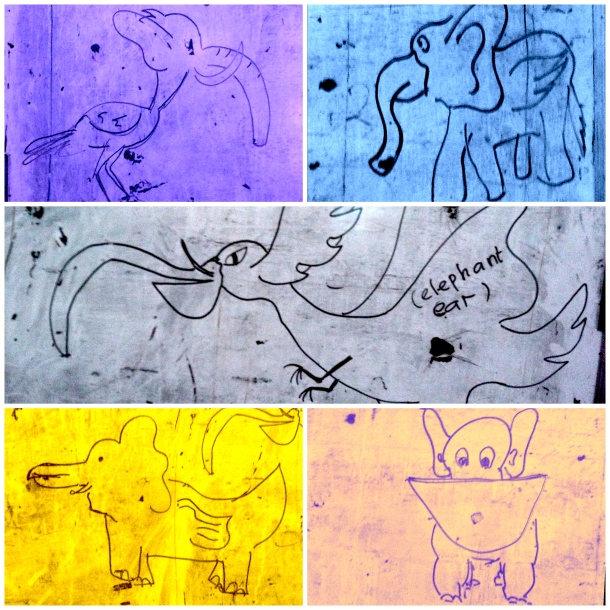 All the boys liked Bagus B’s pelicant the best. (The middle image.)

Meanwhile, the girls in English Club came up with their own poem as a group.

“Your skin is the color of rice” – the beginnings of the best Indonesian pickup line ever: Yo, girl! Your skin is so fine. It’s as white as nasi, girl!

The following week, I asked my students to write their own poems. The hearts coincided with Valentine’s Day, but honestly, I’m not one to endorse this holiday. In Indonesia, people even like to protest V-day, but cutting out heart shapes is the easiest thing. I tried star shapes. That failed.

I stressed that the poems could be about ANYTHING, and explained why I made heart shapes…still most girls chose to write about love.

…Though this one girl’s poem was about nature.

The boys mostly wrote about other themes.

Fadhiel was very enthusiastic and wrote about five hearts filled with poetry, mostly about loving nature.

I had to put in my two cents…about love. (What can I say, poetry lends itself to it!)

Still romantic love theme was not totally absent from some boys’ radar.