Kanawa, an island located about an hour by boat from Labuan Bajo, is the type of beautiful you only see in travel magazines. From the minute we stepped off the boat, desires to remain in Kanawa forever were impulsively expressed—with good reason.

The characteristic pier of Kanawa.

An aquamarine sea brimmed with starfish composing underwater constellations that glistened in the sun. The quaint bungalows of the Kanawa Island Bugalows nestled near the mountain in the middle of the island. Coral reefs surrounded the entire island like a moat, making it a perfect place to snorkel. In fact, the water was so clear I was able to see small reef sharks, lionfish and a variety of other fish without ever stepping off the pier.

If you look closely you can see a few of the many starfish.

The view of Kanawa from the top of its mountain.

Kanawa was the perfect island paradise. There were hardly any people and the sea was serene. Our bungalows were lovely, with canopy mosquito nets crowning the beds and colorful hammocks adorning the porch. There was no electricity in the lodge until sunset and it went off promptly at 11pm. With tranquility like this, we were forced to get creative with our time.

The beginning of one of many stunning sunsets in Kanawa.

A staff member bringing in the canoe.

The first part of the week was devoted to day excursions to Labuan Bajo and Komodo National Park. After this, Jay decided leave us to pursue other adventures in Lombok, and Ellen and Kayla made the decision to become certified open water divers with Kanawa Island Diving, which took up a great portion of their time. Meanwhile, Tim, Dave and I spent the rest of our days talking and talking and playing games and answering relentless questions about life, love and everything in between.

Where Ellen and Kayla spent much of their time. Their reward: lifetime diving certification! So jealous. Photo credit: Ellen

One day, David and I swam around the island’s entire circumference encountering abandoned canoes, faraway rock structures we fantasized swimming to and a magical mangrove forest that was the gathering point for many small reef sharks.

Later, I persuaded Tim and David, with their calm soothing voices, to read out loud. They agreed and took turns plowing through the few initial stories of A Thousand and One Nights much to my ear’s delight. Without a doubt, story telling was my favorite pastime in Kanawa. 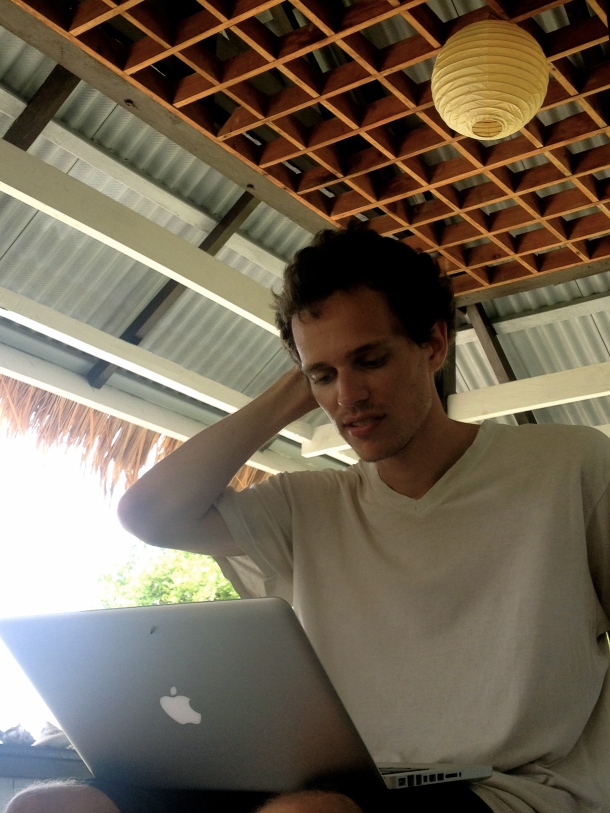 Tim reading A Thousand and One Nights out loud. 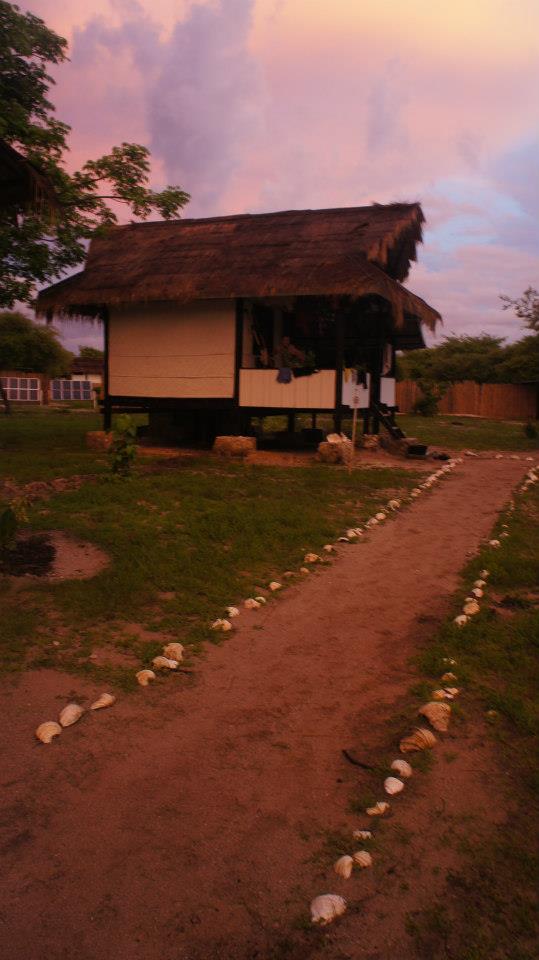 A shot of our bungalows. Photo Credit: Ellen

In between all that, we spent a great deal of time waiting for delicious pizzas at Kanawa’s restaurant. Though the service in this sole restaurant was not the best, you have to take the bad with the good – and there was a lot of good in Kanawa.

The environment and the company made it all worth the wait. Photo Credit: Ellen

* for more logistical details about traveling to Flores check out this blog post.

4 thoughts on “7 Days in Kanawa Island”